Everyone and their dog seems to be releasing a Best of for 2015.  I hope I’m not too late.  Here are my top albums of 2015.  It was truly a great year for guitar music.  These are just a few of my favorites, in no particular order: 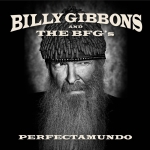 Because it’s Billy Gibbons, that’s why!  This guy could record himself farting on his guitar for an hour and I’d listen to it.  He’s one of my all-time favorites and this album is chalk-full of incredible guitar, groove and gusto.  I love it! 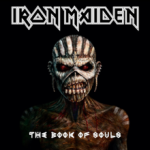 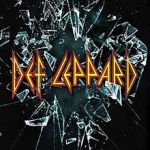 I must admit, I lost interest in Def Leppard for a while.  I don’t think it has anything to do with the band, more about living in Korea.  They haven’t done a show here in forever and it just became a classic tale of out-of sight-out of-mind.  I apologize Lepps.  This is a great album.  Phil Collen and Vivian Campbell are great, as always.  Joe Elliot sounds fantastic. (What is it with these aging rockers sounding better now than they did 20 years ago?)  Check out the funk on Man Enough. Damn fine. PS I think Phil Collen might work out a little bit. 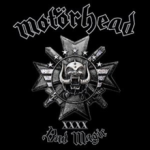 Because it’s Motorhead, that’s why!  These guys could record themselves farting on their guitars for an hour and I’d listen to it.  They’re one of my all-time favorites and this album is chalk-full of incredible guitar, groove and gusto.  I love it!  RIP LEMMY! Phil Campbell’s Korea Guitar interview here. 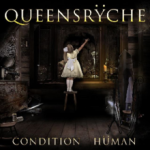 THEY’RE BACK!  Holy crap this is a great album.  This list is in no particular order, but this one would be at the top if we were counting down.  Whip (I interviewed him so I can call him that! HA) and Parker…Wow.  Todd LaTorre…Wow.  Rockenfield and Jackson…Always one of my favorite rhythm sections…Wow.  Get your butts over to Korea!  This is the kind of band we need here!  Check out the Michael Wilton Korea Guitar interview here 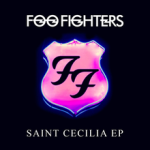 Because it’s The Foos, that’s why!  These guys could fart on their guitars for an hour and I’d listen to it.  They’re one of my all-time favorites and this album is chalk-full of incredible guitar, groove and gusto.  I love it! (Do you notice a theme here?) 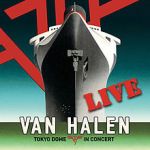 Yeah Yeah, Dave sucks now…blah blah blah.  This one is all about Eddie, or as we call him in my house, Uncle Eddie.  He’s still got it.  And for all those complaining about Dave…How many people go to a VH concert to see DLR?  It’s all Eddie, all the time! As I tell my daughter, ‘Every day with an Uncle Eddie song is a good day!’ 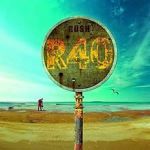 Because it’s Rush, that’s why!  These guys could record themselves farting on their guitars for an hour and I’d listen to it.  They’re one of my all-time favorites and this album is chalk-full of incredible guitar, groove and gusto.  I love it! 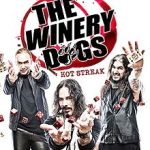 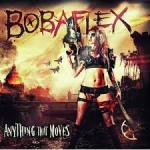 Got into this one as I was writing questions for an interview with guitarist Dave Tipple…coming soon.  It just rocks hard.  This band is unreal.  They’re aggressive, in your face and…damn good.  Listen to this album.  That’s an order.  Side note.  Never Coming Back from their 2013 release Charlatans Web is a a tune I listen to every day when I get to work. 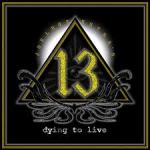 Another one I got into for an interview.  As Joel (I can call him that, cuz I interviewed him! HA) describes it, the album is ‘Dio-ish at its heaviest and Foreigner-ish at its lightest.” I can describe it in much simpler terms.  Excellent.  Fun.  Full of guitar (and he’s a monster, by the way)  Listen to the solo on Say Goodbye To the Sun.  If that doesn’t do it for you, nothing will.  Plus, he’s just a super cool dude, which, in my opinion goes a long way.  Great job, Joel!  Fantastic stuff! Joel’s interview is here 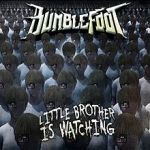 I knew about this dude from GnR, but really fell in love with his playing when I listened to Little Brother.  This is not your typical guitar hero album.  While the guitar work is phenomenal, Mr. Thal focuses more on the songs than just ripping.  My favorites on this one include tracks 1 through 11, but in particular, Clots, Cuterebra and the masterpiece Don’t Know Who to Pray to Anymore.  Mental note: Let’s somehow get Queensryche, Joel Hoekstra, Bobaflex and Bumblefoot to Korea for a gig. (I believe I owe BBF a Bibimbop.) Interview is here

There are many more I could include on this:

And so many more